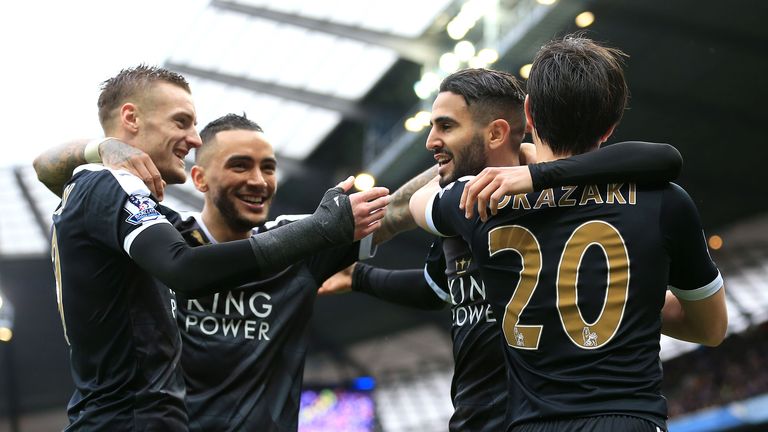 With 3,000 Foxes fans at the Etihad Stadium blaring out "we're going to win the league" their side put on a footballing masterclass against a team that are one spot behind them in the table, with a Robert Huth double and a fine Riyad Mahrez goal doing the damage. Sergio Aguero grabbed a late consolation for the hosts.

In one of the most remarkable rises in English football history, Leicester City have gone from bottom of the league this time 12 months ago to being just 13 games away from becoming champions.

Manchester City have not beaten any side currently in the top six of the Premier League table this season as frailties in their back-line were once again miserably exposed, this time by the scintillating Foxes attack.

With this game being dubbed one of Leicester's most important of the season in terms of their title challenge - would Claudio Ranieri switch to a more conservative style? 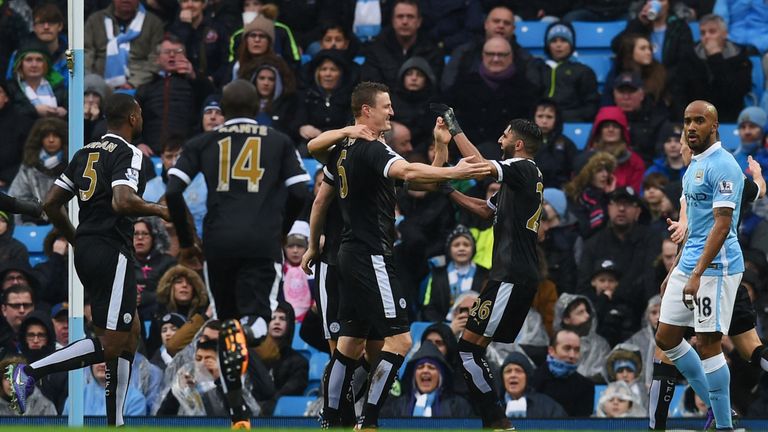 The answer was a comprehensive no as the fantastic Foxes started with no fear, throwing men forward with sensational energy and high quality.

They were ahead inside three minutes. Manchester City's players might as well have still been in the dressing room.

Mahrez flew down the right flank, speeding away from Aleksandar Kolarov to draw a cynical foul right on the byline.

Mahrez picked himself up and fired a low set-piece that was turned home by Huth, who had escaped the clutches of Martin Demichelis inside the six-yard box. 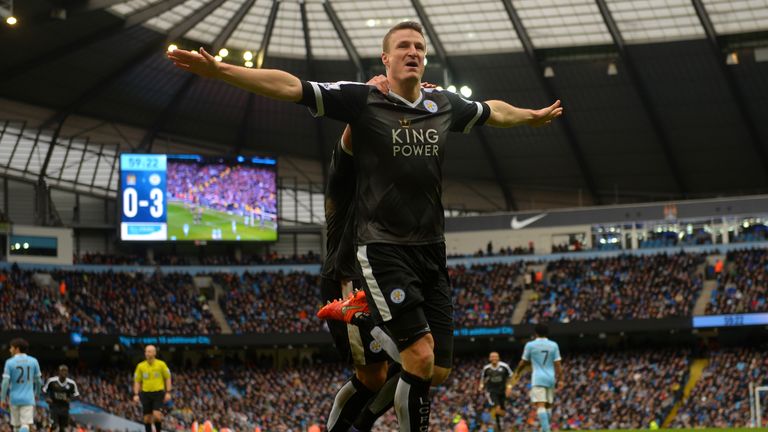 The early goal could have triggered the bus to be parked - instead, Leicester revved up the engine and went for City's throat.

Jamie Vardy raced onto a long ball over the City defence on nine minutes but Joe Hart was quick off his line and the striker's attempt to lob the ball over him from 10 yards out was blocked away.

Danny Drinkwater was the next man in a black shirt to break past the static City back four but his low cross was spooned away by Hart. 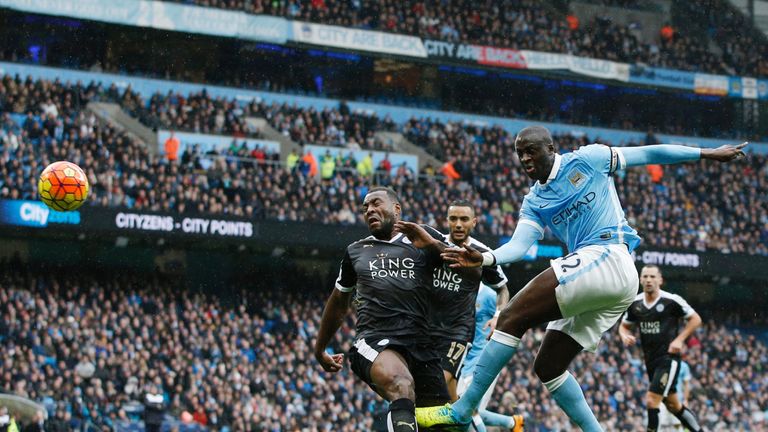 The same space in behind Pablo Zabaleta was exposed again minutes later as Vardy raced clear and his strike partner Shinji Okazaki was inches away from turning home a low cross from close range.

The tide started to turn slightly after that chance as Leicester's relentless opening to the match started to take its toll.

However, City struggled to create a clear-cut chance despite dominating possession and winning seven corners in the opening 45 minutes. 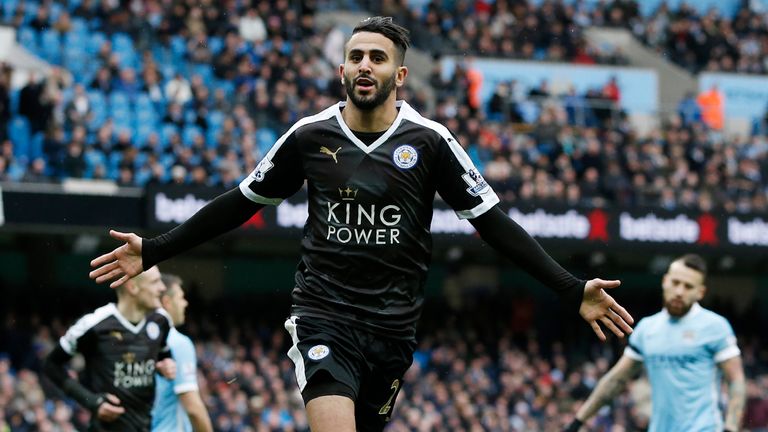 Zabaleta had a penalty claim turned down on 25 minutes when Christian Fuchs took him out right on the edge of the penalty area but a free-kick was awarded instead.

After going off to a smattering of boos, the home fans would have expected a reaction from their players - instead, it was Leicester that came out like the Red Arrows.

Within three minutes of the restart it was 2-0. N'Golo Kante, who was inspirational in midfield, skipped past two challenges and fed Mahrez just outside the area. He danced past a flat-footed Demichelis with a quick-fire stepover before firing into the top corner - his 14th league goal of the season.

All title-winning sides need a quality goalkeeper and Kasper Schmeichel showed his worth to this team on 55 minutes with a superb stop to deny Fernando, who had just replaced City captain Yaya Toure.

The away end rose to their feet to salute their goalkeeper and five minutes later they were out of their seats again as their team took a sensational three-goal lead.

Fuchs' corner to the penalty spot found Huth, who rose above two City defenders to head superbly into the top-left corner.

Danny Simpson's short back-pass found its way to Aguero, but having been forced away from goal, the Argentine could only poke the ball wide of Schmeichel's right-hand post, before Leicester saw out injury time like potential champions.

They couldn't, could they? 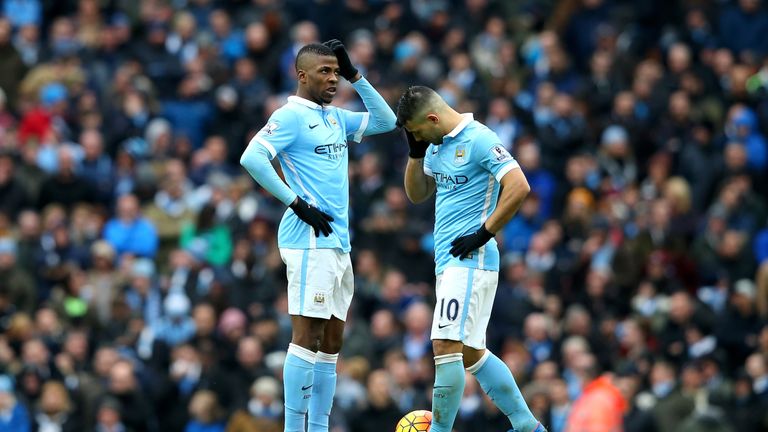